Julian de Féral is an international drinks consultant, occasional bartender, and writer. He was previously the drinks director for the London-based Gorgeous Group.

He created a non-alcoholic milk punch that uses an oleo saccharum from extra lemon zests, plus older lemon juice. The mix punch method (curdling the mixture with milk then straining) helps preserve the lemon flavor, and adds whey from the milk that in turn adds froth to cocktails!

Typically the ratio of "punch" to milk in the milk punch is 4:1 and this one has more, it would be interesting to play with the ratios to see how much it matters for both its "sour mix" qualities and its foaming properties.

About 5 years ago using the old milk punch idea I'd been playing with for a decade or so I made something I called a 'Milk Sherbert' for a bar programme up in Manchester. Essentially a milk punch but without the booze - so an oleo saccharum made from left over lemon zests, to which lemon juice about to turn is added with full fat milk, curdled overnight and strained. Essentially a 'fresh sour mix', but with the milk it provided very effective as a frother too.

I've attached the recipe for the Milk Sherbert, created initially in 2016 for Refuge bar and restaurant in Manchester. The recipe is perhaps not as accurate as I would do today (weighing liquid in grams, more specifications about chilling and storing etc) but will act as a good indicator. I've also included one off the popular recipes we made with it. I understand that tonka espirit is not available in the US, I guess an almond/vanilla essence might step in here. 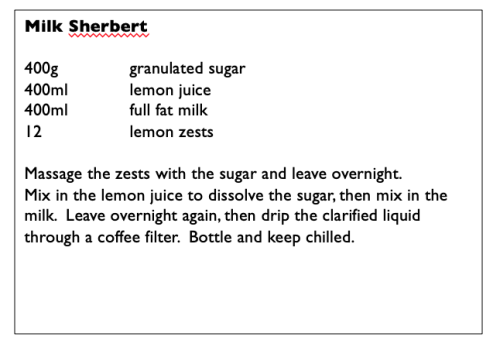 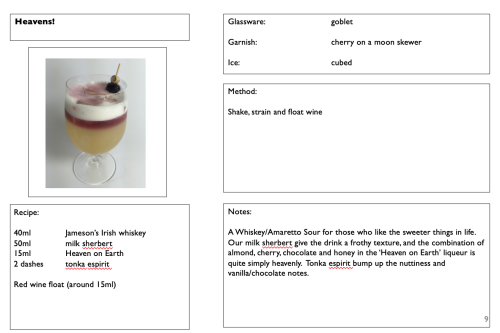