Sustainably Stories in the News 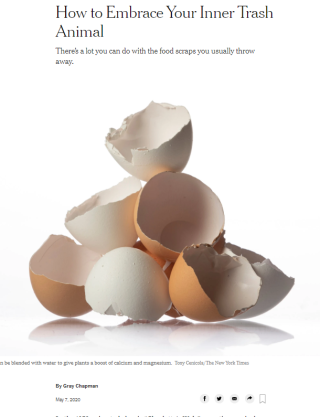 Here's a round-up of some recent cocktails/wine sustainability stories in the news.

Some interesting quotes from the story:

In the New York Times, Gray Chapman wrote, "How to Embrace Your Inner Trash Animal"

For Liquor.com, Tyler Zielinski wrote, "Alternative Acids: How and Why to Use Them in Cocktails"