Many bars make dehydrated citrus wheels as garnish because they don't readily spoil and there are no leftovers if a whole fruit isn't used at the end of a night as with fresh.

I have been attempting to make better-looking wheels. First I tried blanching citrus before dehydrating.  This didn't make great wheels once they were dehydrated. I also candied some wheels after blanching. These were more attractive but a lot of work and now that garnish for a cocktail will have lots of sugar.

In a second set of experiments I tried covering lime wheels with tonic water (because of its citric acid and sugar) before dehydrating (this didn't work for me), and I also tried dehydrating some lime wheels by putting them in the refrigerator to dry up slowly. The refrigerator-dehydrated wheels looked pretty good in the interior of the lime, but the outside peel part was brown.

The experiment was simple, I cut up a lime, dipped half in tonic water and the other half in citric acid in water. I put them in the refrigerator for two days.

Results: Both sets of limes look really good in the interior with no browning to speak of. However, both sets had browning on the outer peels. The tonic-coated wheels looked slightly better but only a little. 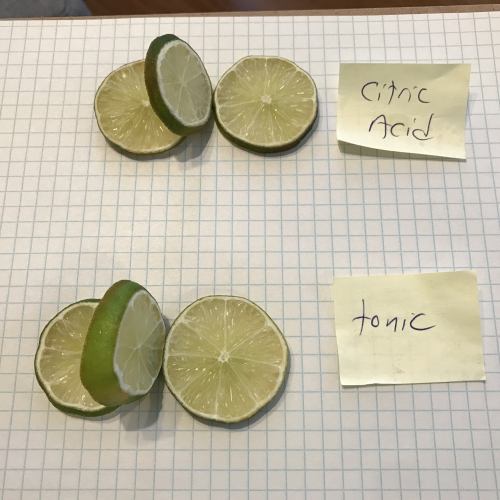 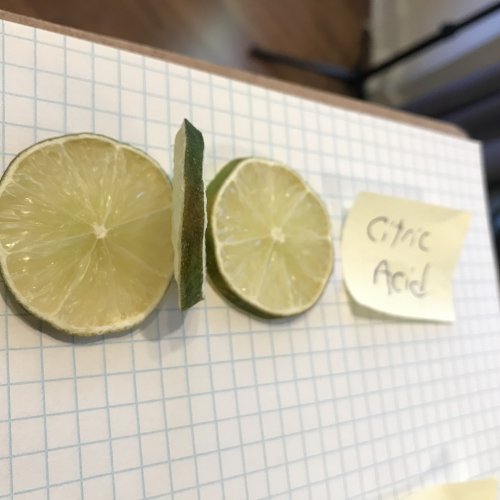 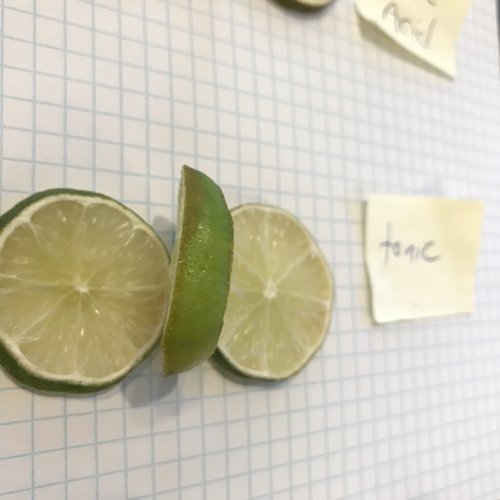 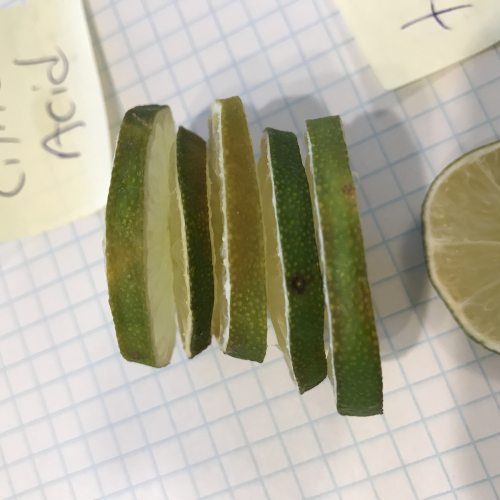 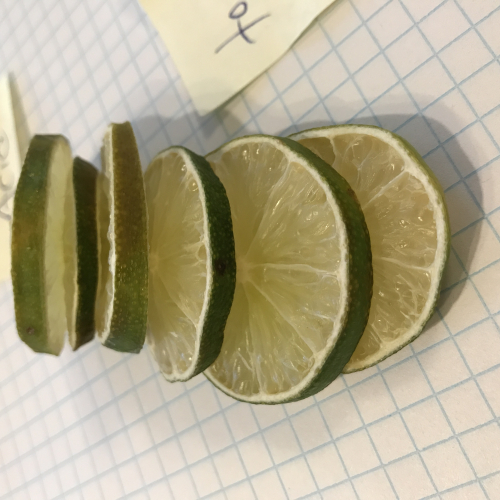 Now, if these were floating in a cocktail, the brown peels would be pretty prominent as they're at eye level.

I think that it would be better to use heat to dehydrate these as at least the peel would be brown-as-expected rather than old-looking. Unfortunately my dehydrator has only one setting that seems too hot for the process.

Posted at 08:27 AM in citrus, experiments, garnish | Permalink