CocktailGreen Contact About Alcademics CocktailSafe
Rooftop Gardening, Beekeeping, Composting for the Bar at Charlie Parker's in Sydney
You Can Recycle Brita Filters in the US

Here is a round-up of some news items of possible interest to sustainability stans.

New York Times: Composting Has Been Scrapped. These New Yorkers Picked Up the Slack.

The first few weeks of the program were hectic, as she filled friends’ cars with pungent buckets of rotting food. Eventually, she swapped the cars for U-Haul vans, but still could barely keep up with demand. Two months in, Ms. Lin, 25, quit her job at an architecture firm to pursue the project, called Groundcycle, full time. 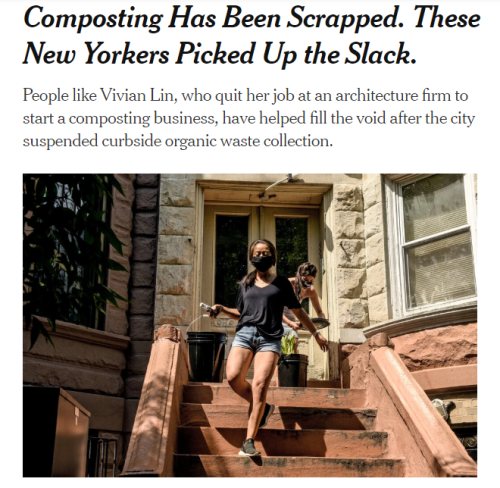 The restaurant and its no-choice, plant-heavy menus (food and drink!) earned a prestigious five stars from Time Out after its launch, and was described as more of ‘an experience’ than a restaurant. It even had a ‘fermentation lab’ in the basement.

Chetiyawardana announced the news on Instagram saying that, ‘Cub will live on where it can, we really believe in the values and systems it represented, and now more than ever, that seems to be a blueprint of how we want to change things.’

Bon Appetit: Restaurants Are in Trouble. Sustainability Hacks Can Help.

Hunky Dory's water bill is around $200 a month; for a 60–70 seat restaurant, it would normally be closer to $1,000. A single Edison light bulb, the ones that broadcast “speakeasy,” costs something like $44 a year in electricity. The LED version is less than $5. Changing the faucet head on your sink or switching light bulbs may not be a very sexy way to talk about sustainability, but those little things have a huge impact—both on your carbon footprint and on your bottom line. It was already incredibly hard for restaurants to make ends meet, but now it’s even harder. Sustainable practices help me stay in business.

Harvest completed, farmers cut petioles by hand, then peel, wash and shape the tubes with a sanding machine before drying them outdoors. To date, Bioconexión has fashioned 100,000 compostable Payitas papaya – and also tacuara bamboo – straws that have accompanied cocktails prepared in Buenos Aires bars such as Tres Monos and Florería Atlántico long before City Hall outlawed the plastic villains in November 2019. 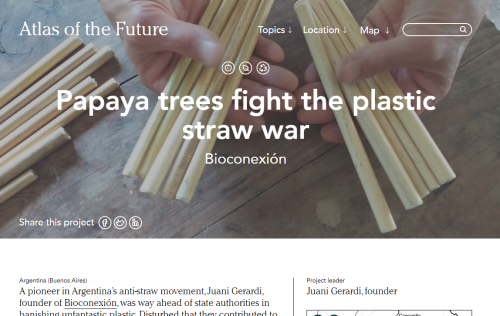 Just like greens contain precious flavor, so too do the leaves. Don’t toss those celery leaves or carrot or fennel fronds away! Use them like you would parsley in salads, soup, risotto and other recipes. Carrot tops and parsley leaves are great for adding zing to pesto, while this fennel infusion adds the herbaceous anise flavor of the vegetable to vodka, using the whole plant.

More from FoodPrint:  Some new tips on food scrap recycling for:

Posted at 10:20 AM in bars, composting, news, straws | Permalink