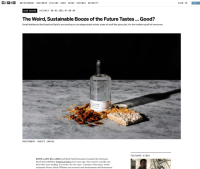 Here are some recent stories shared to the CocktailGreen Facebook Page, and now grouped together here: The Science Behind Vegan Meringues This story includes some science and testing of aquafaba in place of egg whites. It's specifically using canned aquafaba and looking at merengues rather than cocktails, but there is some good information about adding acids vs alkaline ingredients to attempt to stabilize the foam. He also makes some flavoring suggestions to make the foam less beany-tasting. One of those ingredients is rosewater, which reminds me of some bartenders who would scent eggs with essential oils. I wonder how a... Read more → 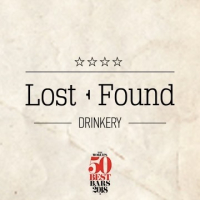 Andreas Sanidiotis, Head Bartender at Lost + Found Drinkery in Nicosia, Cyprus wrote in with a couple tips. Methyl Cellulose as a Foamer Instead of Eggwhites/Aquafaba For egg alternatives I used to use aquafaba and albumin but was not very pleased with either of those. Albumin gives off a weird egg smell after a while which can be very off-putting in cocktails. The same goes with aquafaba, it gives off a smell that does not necessarily compliment cocktails the way fresh egg white will do. On that note after some research and experimentation I stumbled upon Metilgel from SOSA, which... Read more → 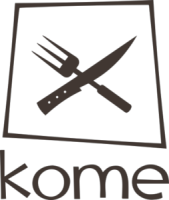 Luuk Gerritsen lives on Curacao and is the general manager of Kome. Some of the ideas below were developed at previous venues where Gerritsen worked, and he would also like to acknowledge Bar Manager Wesley Quinlan as partner in many of these recipes and procedures. Citrus Gerritsen says, "All our fresh juice will be frozen at the end of the night and agar-clarified the day after. [Agar clarification turns the juice clear and helps it last much longer.] We clarify and acidify citrus for bottled drinks. Also, blending it with a little zest can bring back the aroma." They freeze... Read more →

The following is the preparation of chickpeas for aquafaba and for hummus (or whatever else you use cooked chickpeas for), from Fatima Hite-Igras , the Bar Director/General Manager of Palm House in San Francisco. I have used Aquafaba. I make it from dried chickpeas and we have used the chickpeas for hummus. It lasts about 3-5 days. We would usually make quite a bit since it takes at least a day to make. I have frozen in quart containers in the past and it preserves it and works just as well after defrost or if not better. Below is the... Read more →