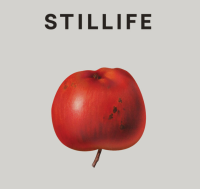 The bar Stilllife in Montreal uses no fresh citrus juice on their menu. The citrus products they do use are waste created by their other bar, The Cloakroom. Bar owner Andrew Whibley emailed with some information and recipes from the bar. He made sure to credit the other members of his team for these recipes as well: Andrew Whibley- Owner Stillife/Cloakroom Bar Jonas Kempeners - Manager Cloakroom Jay Lawson- Prep manager Stillife Anna Levy- Prep manager Cloakroom Quick Links Citrus Oil Sprays instead of using fresh peels Fermented leftover citrus juice and a drink recipe that uses it Acid-adjusted fruit... Read more →

Julian de Féral is an international drinks consultant, occasional bartender, and writer. He was previously the drinks director for the London-based Gorgeous Group. He researched alternatives to straws in 2018. This post is strung together from various reports he forwarded to CocktailGreen. I have bolded a couple of sentences for emphasis. Having worked for Milk & Honey London in the early to mid '00s who in the UK were the early adopters of straw alternatives, it was always something that I followed. However early January '18 things really stepped up as a major (non-industry) publication in the UK published a... Read more →

Many Tips from Nicholas Box of Acorn in Vancouver

The following missive comes from Nicholas Box of The Acorn restaurant in Vancouver. This post has tons of information in it, so if you followed a link here you might have to scroll a bit to find the particular section where it's mentioned. "I run the bar at The Acorn restaurant in Vancouver - that is up until the great closure of many many businesses. We are a 44-seat vegetarian restaurant focused on local ingredients. Now citrus isn't very local, but at least we can still order in organic. I'm a believer in getting organic when possible, especially if the... Read more →